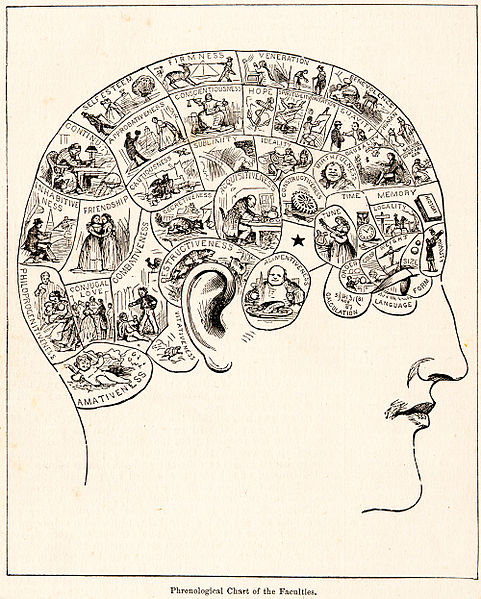 These photographs are of the notable Cabinet of Curiosities belonging to charismatic phrenologist “Dr. BoBo” Chaplin (1792-1864?) born in Zion House, Twickenham, London.

Phrenology is a process that involved observing and feeling the skull to determine an individual’s psychological attributes. Dr. BoBo believed that the brain was made up of 27 individual organs that determined personality. He would run his fingertips and palms over the skulls of his patients to feel for enlargements or indentations. He would often take measurements with a tape measure of the overall head size and more rarely employ a craniometer, as displayed in the cabinet.
The contents of the cabinet were dispersed in 1968 after disagreements over its rightful ownership (Chaplin vs. Adams, June 1967). It is thought that many of the pieces were lost during this period. The relatively small collection of exhibits which remained in England are currently on display as part of the Library of Obscure Wonders at The Hundred Years Gallery until the 2nd March 2014. 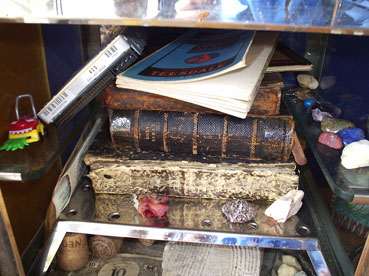 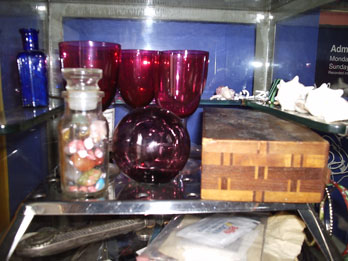 A photo of the insides of Dr BoBo’s cabinet.